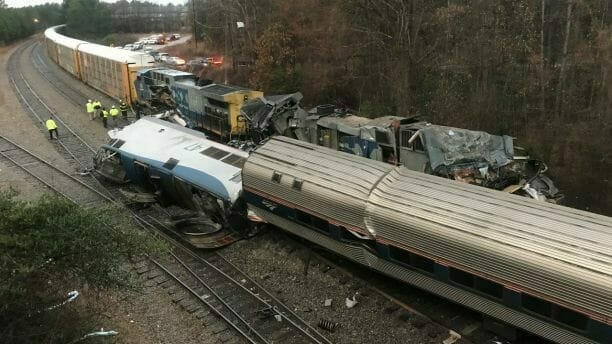 A train collision occurred early Sunday morning resulting in two deaths and over 100 injured. An Amtrak train heading south collided with a parked CSX freighter train at 2:35 am in Cayce, South Carolina.

It was reported the rail switch was manually set to divert the train onto the track where the CSX train was parked. Video footage has been recovered and is currently under Investigation.

Amtrak has released a statement in regards to the collision. They are stating they will fully cooperate with the National Transportation Safety Board with the investigation. https://media.amtrak.com/train-91-incident-response/

Train collisions do not occur often, yet this is the third one since December. These wrecks can cause massive damages and leave hundreds with severe injuries. It is important to speak with an attorney immediately following an injury in a train collision. For more information on Amtrak lawsuits, check out our blog at https://www.mcwhirterlaw.com/amtraks-limited-liability-train-wrecks/