HAVE YOU OR A LOVED ONE BEEN DIAGNOSED WITH NON-HODGKIN’S LYMPHOMA CANCER AFTER USING ROUNDUP?

You may have a case against Monsanto, the makers of Roundup, and be entitled to significant compensation.

Call or contact our offices today for a free case evaluation. 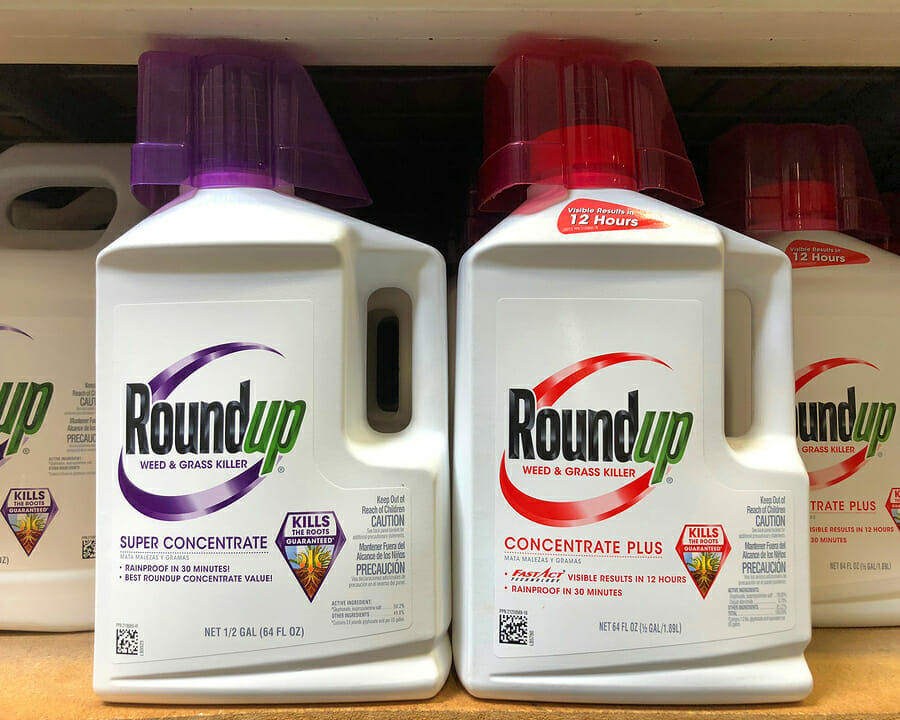 Monsanto’s popular weed killer Roundup can be found on the shelves of popular chain stores across the country, despite the World Health Organization (WHO) designating its main ingredient – glyphosate – as a probable carcinogen. If you’ve been diagnosed with non-Hodgkin’s lymphoma cancer after being exposed to Roundup, you may be entitled to significant compensation.

What is glyphosate, and how is it used?

Glyphosate is a synthetic compound, and the active ingredient, found in Roundup, the most widely used weed killer in the world. The substance was classified as “probably carcinogenic to humans” by the WHO in March 2015.

Roundup is widely used in the United States by farmers, landscapers, groundskeepers, and homeowners to control weeds in the following places:

A recent study by three US universities reported that people with high exposure to glyphosate-based herbicides, such as Roundup, could have a 41% increased relative risk of developing non-Hodgkin’s lymphoma.

Non-Hodgkin’s Lymphoma (NHL or sometimes just Lymphoma) is a cancer that begins in white blood cells called Lymphocytes.  It affects the body’s Lymph system, which is part of the immune system that helps fight infections and some other diseases.

Using Roundup, or being exposed to glyphosate residues, especially in a commercial setting, may lead to a significant risk of developing Lymphoma which can attack the Lymphatic System which includes the Lymph Nodes, Spleen, Bone Marrow, Thymus, Adenoids and Tonsils, and the Digestive Tract. Some of the most common ways of being exposed to glyphosate include:

Could I really have a case against the powerful Monsanto?

Yes. In 2018, a jury in San Francisco awarded $78 million in damages to a former high school groundskeeper who was diagnosed with terminal non-Hodgkin’s lymphoma after routinely using Roundup as part of his job.

The jury ruled that:

This case marks a landmark precedent which has led to more than 11,000 other US lawsuits over Roundup and glyphosate.

What do I do if I think Roundup has caused my cancer?

The first step is to contact a defective products lawyer right away. The attorneys at McWhirter, Bellinger & Associates are ready to examine your case free of charge to determine whether you may be entitled to compensation as a result of being exposed to Roundup.

McWhirter, Bellinger, and Associates has offices in Aiken, Camden, Columbia, Lexington, Newberry, Orangeburg and Sumter, South Carolina. For over 45 years we have been helping injured South Carolinians with Auto Accidents, Workers’ Compensation, Wrongful Death Cases, Medical Malpractice, Dangerous Drugs and Products, and all other Personal Injury cases. It won’t cost you anything to see if we can help.