The popular medication Zantac has been recalled by its manufacturers due to the presence of NDMA (N-Nitrosodimethylamine), a probable carcinogen. 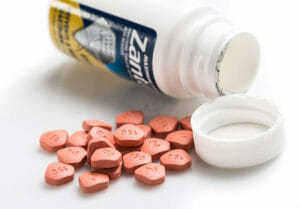 Zantac, which can be prescribed or purchased over-the-counter, is one of the most widely used drugs in the United States. Since 1983, it has been taken by millions of people who suffer from ulcers, hernias, heartburn, acid indigestion, and other ailments.

If you’ve been diagnosed with cancer after using Zantac and believe the drug may have been the cause, you could be entitled to file a claim against Zantac’s manufacturers.

NDMA is a semivolatile organic chemical that forms in both industrial and natural processes. It has been classified as a probable carcinogen by US government agencies.

The presence of NDMA was recently found in Zantac’s active ingredient ranitidine during tests by the FDA, prompting voluntary recalls by Zantac manufacturers.

How much NDMA does Zantac contain?

In some tests, a single tablet of Zantac was found to contain 3,000,000 nanograms of NDMA, which far exceeds the FDA’s maximum acceptable daily intake of 96 ng.

The pharmaceutical companies that manufacture Zantac and its generic versions knew or should have known about the presence of NDMA in the product prior to the FDA’s finding. However, they failed to adequately warn users or the medical community, even though the chemical’s probable risks have been known for decades.

What kind of cancer is NDMA linked to? 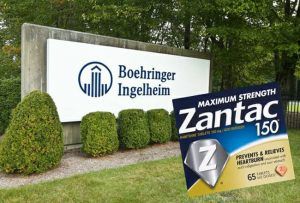 Studies have found that NDMA likely leads to a higher risk of certain cancers, including but not necessarily limited to:

Here’s what various government agencies have said about NDMA’s probable link to cancer:

If you or a family member have been diagnosed with any of the cancers listed above after taking Zantac, contact McWhirter, Bellinger & Associates right away.

You could be entitled to receive compensation for:

Our lawyers are highly experienced and ready to give you a free case evaluation. Call us today at 888-353-5513.